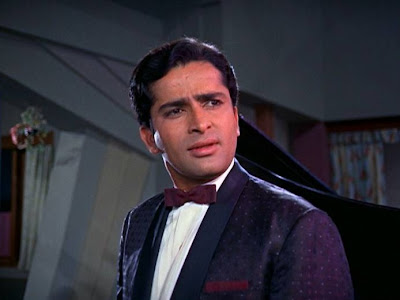 Shashi had a rather interesting even if limited wardrobe in this cute 1960's rom com. His role in this film can be described as the country bumpkin reluctantly turned City slicker

He starts off the film in quite a typical Kashmiri local boy look as "Raja" in a woven cap, Kurta (a kaftan style shirt), waistcoat with embroidery, slightly baggy Shalwar trousers and a choker style necklace with a pendant that's shaped like the tooth of a sabre tiger (or could it be a Moustache) 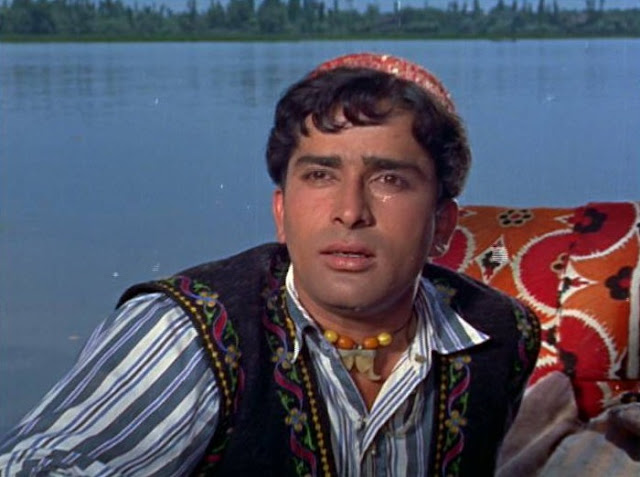 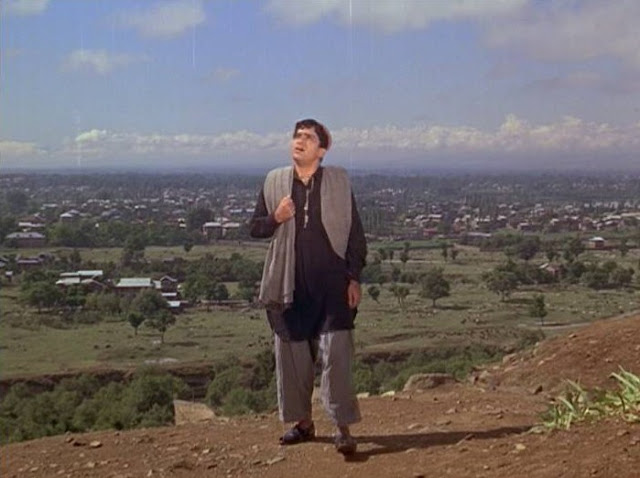 Next up were various similar outfits in various colour combinations 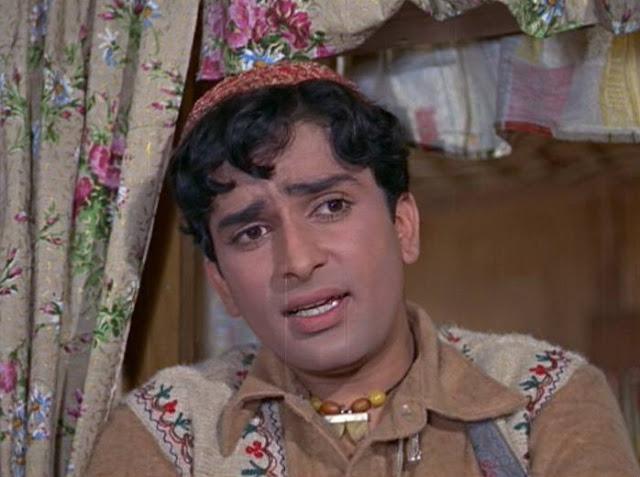 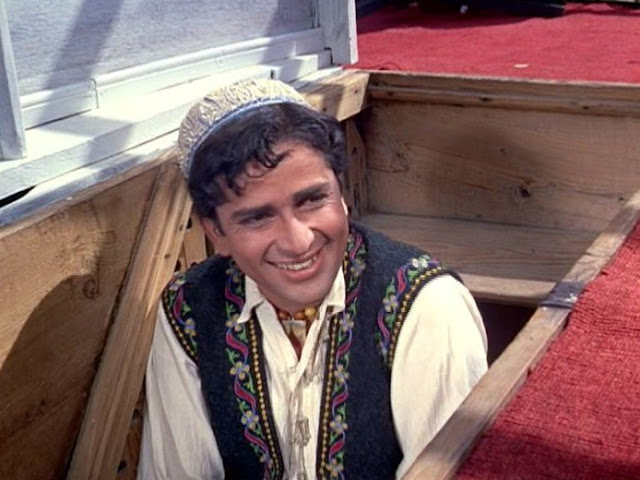 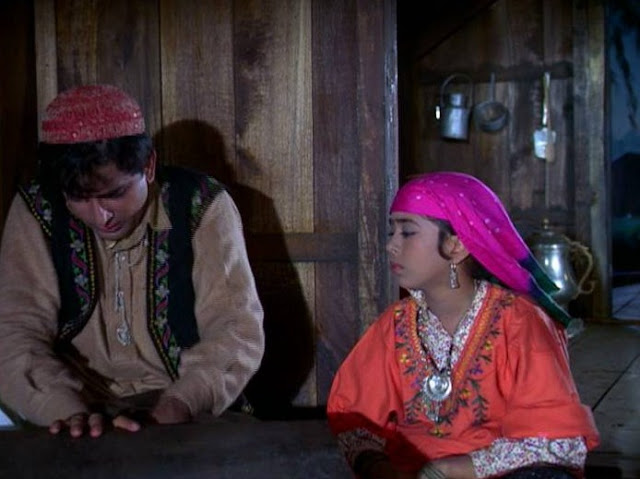 The rest of his traditional outfits were full length pics of the Kurta, waiscoast, hat and Shalwar pants

Halfway through the film Raja meets Slick urban babe Rita (Nanda, more on her later). The two fall in love while she's on holiday in Kashmir, he later joins her in the city. Now that he's in the city, she gives him a makeover.  Before he transforms into a slick urbanite he tries to Impress Rita whom he has a crush on with his interpretation of what a city slicker might look like 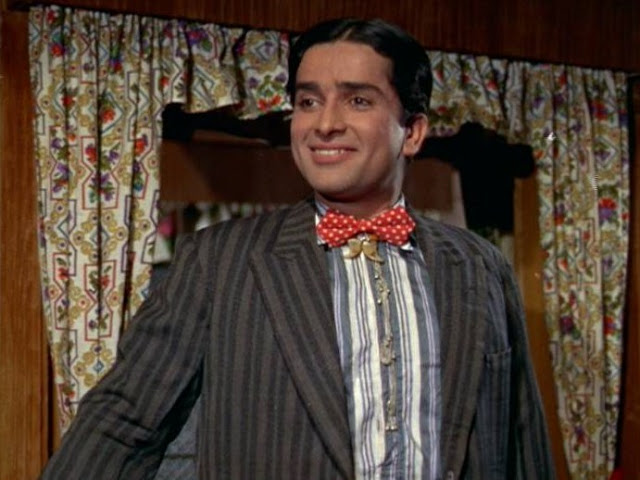 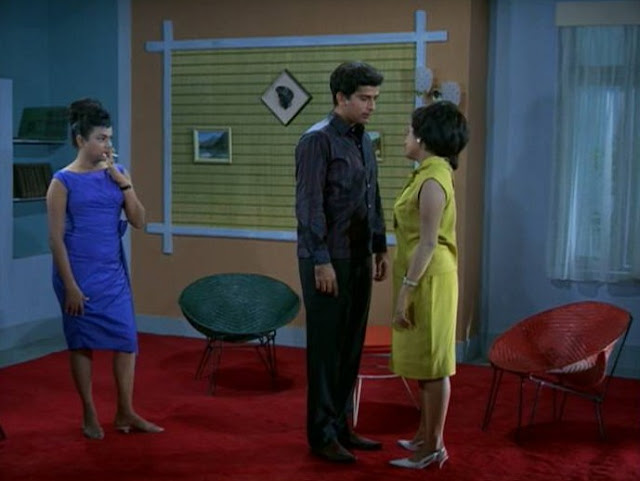 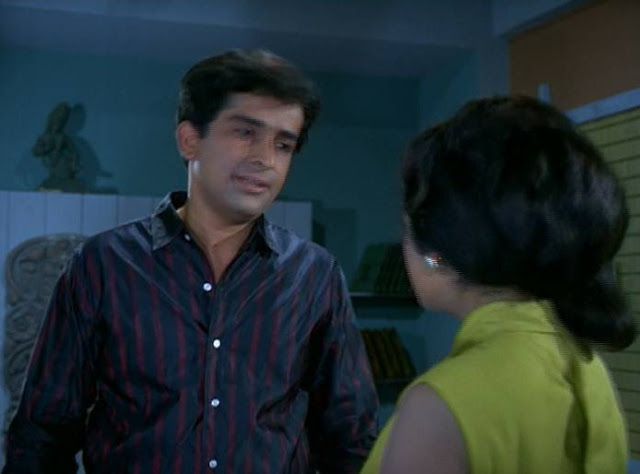 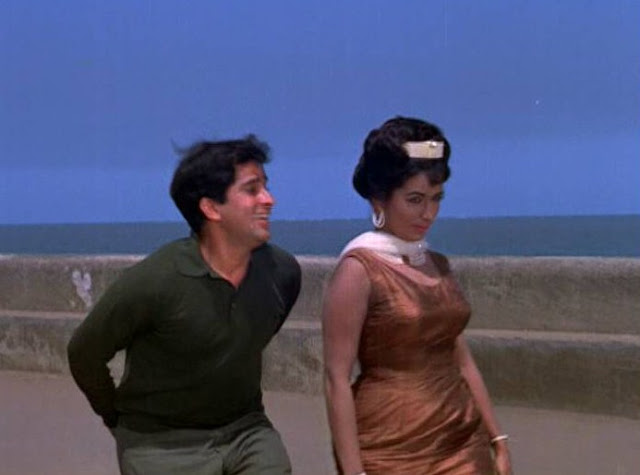 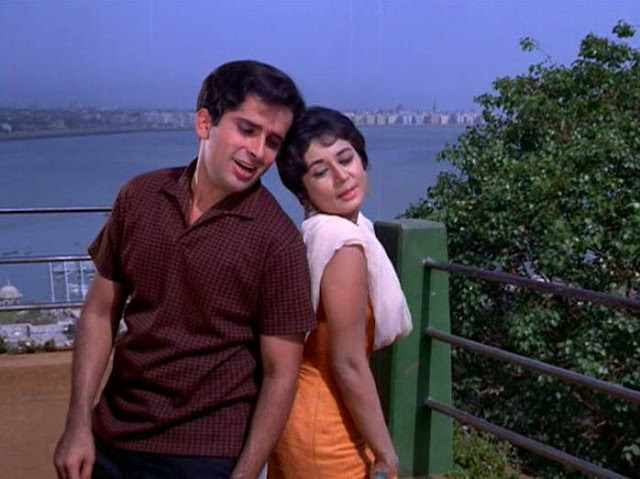 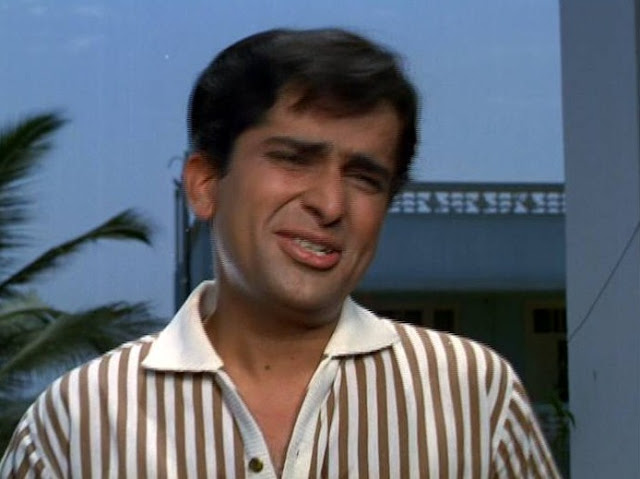 My favourite look of his in this film apart form his traditional Kashmiri boy outfits is this silk aubergine (or is that dark purple) Tuxedo he is wearing below with a white shirt, bow tie and pocket square (Very dapper indeed) 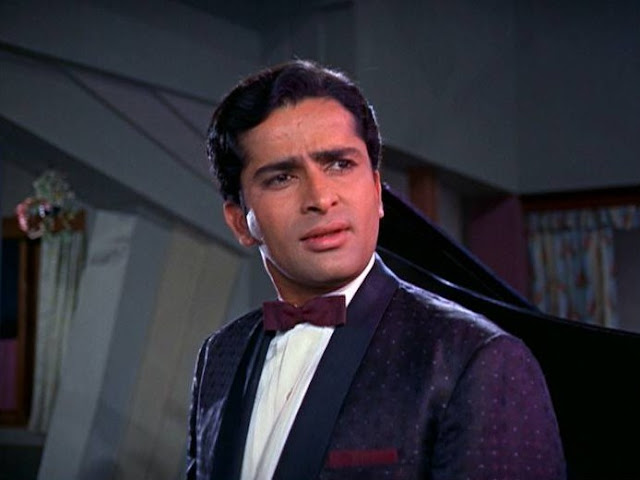 
Overall, a quite appropriate look for his character in this very enjoyable film (see reviews here, here and here). I really loved his traditional Kashmiri outfits, his makeover looks could have been better but they felt just right for a country boy who was just starting to experiment with clothes which differed from his.